What Will Happen to Deltek Vision When Microsoft Retires Internet Explorer?

What Will Happen to Deltek Vision When Microsoft Retires Internet Explorer?

Microsoft last month announced that it will be moving Internet Explorer to the recycle bin. So what does this mean for Deltek Vision users? Well, nothing according to the Deltek Vision Product Management team.

Deltek Vision Users Have Nothing to Worry About

Deltek’s VP of Product Management, Bret Tushaus, wrote a short article reassuring Deltek Vision users that they have nothing to worry about. Internet Explorer (IE) is still a staple performer at the corporate level and Microsoft has too much to lose by completely abandoning the product. Brett acknowledged that Deltek is still evaluating what this change means the future of Deltek Vision, there are thousands of applications like Vision that have been developed on Microsoft’s .NET programming framework so it’s safe to say IE won’t be disappearing for good anytime soon.

Internet Explorer is Being Moved to the Recycling Bin

Last month at Microsoft’s annual Convergence conference, Microsoft CMO, Chris Caposella, announced the retirement of the infamous Internet Explorer. He took this opportunity to discuss the release of Windows 10 and the browser that will be replacing IE, which has been dubbed “Project Spartan”.

This is why @Microsoft is killing off the Internet Explorer brand: http://t.co/wRthcghdrm #dataviz pic.twitter.com/EikfbZFe2N

…but IE used to be good!

We’ve all heard something negative said about IE at some point. Even Microsoft poked fun at the browser in a 2012 ad campaign by saying, “The only thing it’s [Internet Explorer] is good for is downloading other browsers!” However, this hasn’t always been the case. Throughout the 1990s IE was the leader in browser innovation spawning the invention of CSS, dynamic HTML and even Ajax. Microsoft’s strategy was to simply out-innovate the competition. They did very successfully and were able to almost completely overtake the leading browser at the time, Netscape.

So why does everyone hate IE?

It all started when Microsoft integrated IE with Windows as a required component. You could no longer choose whether to uninstall IE and use another browser. With Windows being the most popular OS, IE by default became the default browser for much of the world. Suddenly there was no more competition from other browsers. With 95% market share in the browser world, Microsoft simply halted development on Internet Explorer. However, the Internet has evolved rapidly over the past decade and is a completely different place than it was when IE6 was released in 2001. New web standards were released, but Firefox had been around for nearly five years before IE adopted them. Furthermore IE users suffered from crippling security holes and lackluster features like tabbed browsing that had already been standard in Firefox for several years by the time IE7 was released.

Internet Explorer has a Brand Issue

IE continued to dominate the browser market mostly to the fact that it was a default program in Windows, it was finally surpassed by superior browsers like Mozilla Firefox and Google Chrome in 2012. Even though IE8 was vastly superior to its predecessors, its release was too little too late. IE suffered from major brand issues and its reputation was greatly diminished. A recent study by Microsoft UK illustrates to perception of the IE brand. 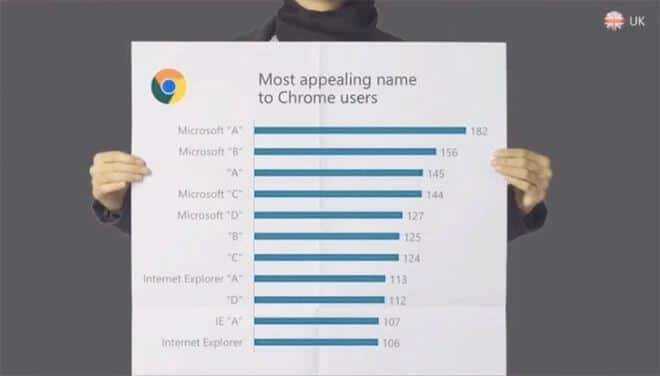 What’s Next for Internet Explorer and Deltek Vision?

The future of IE was looking very promising until the announcement was made and even the current versions of IE are right on par with the likes of Chrome and Firefox when it comes to security, stability and performance. Bret Tushaus summed it up pretty well: IE and the .NET framework will not simply disappear. Too many applications depend on them so products like Deltek Vision will be just fine. When Windows 10 is released later this year and Project Spartan is finally unveiled, I have a feeling that it will suspiciously resemble Internet Explorer and fully support .NET.

Who is BCS ProSoft?